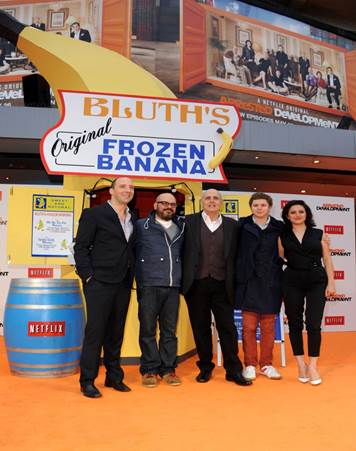 “Arrested Development” is known for a lot of things, but one of the most iconic props and locations from the show is the Bluth Frozen Banana Stand. In honor of the upcoming revival of the series on Netflix, The Banana Stand has found itself in various locations across the U.S. with the third location announced as Yankee Stadium.

Bluth’s Frozen Banana Stand will be at Yankee Stadium on May 15th from 3:30PM – 8PM. It can be found at gate 6 of the Stadium for photo opportunities and more. Also, if you visit the Banana Stand, you are eligible for a 50% discount on the price of a ticket to the next game at the stadium.

Currently, the first three season of “Arrested Development” (2003-2006) are available for instant viewing on Netflix with the fourth season being released exclusively on the streaming service on May 26th.

Remember, there is always money in the banana stand. Wink.